Luma Touch was founded in early 2013 by Chris Demiris and Terri Morgan with the mission to create professional level video applications for mobile that would utilize the experience they each had in the world of video software design and development.

Chris has created and integrated numerous technologies and products for 3D motion graphics, GPU video processing, and digital-rights-management. He had previously co-founded Hollywood FX in Utah 1993, a 3D video motion graphics product. He sold Hollywood FX to Pinnacle Systems in 1999 and began working for Pinnacle Systems which was eventually purchased by Avid. Among other projects at Avid, he was the lead developer for Avid Studio for iPad.

Terri started video editing in Seattle in 1988 for a Seattle post production facility and over the years provided testing, product management and design for some of the most innovative companies in non-linear development such as Lightworks, Fast Multi-Media, Pinnacle Systems and Avid.  Terri’s roll at Avid was Product Manager and Principle Designer for Avid Studio and Avid Studio for iPad (which became Pinnacle Studio for iOS). It was while developing Avid Studio for iPad that Chris and Terri came to appreciate their potential as a design/development team.

Developing a world class mobile editor takes dedication to quality, and that’s exactly what Androu Morgan brought to the table during the 3 years it took to develop LumaFusion and he continues to do that today. Androu began his career in London as an offline editor and soon was working at Lightworks as a technical support specialist. He has deep experience with many non-linear editing systems in the past 30 years including Avid Media Composer, Newscutter, FAST Systems 601, Pinnacle Liquid, Premiere Pro and FCPX.

Today the LumaTouch team has 14 full time members and our mission continues to be to develop and support world class video applications for mobile professionals.

We invite you to meet our team. 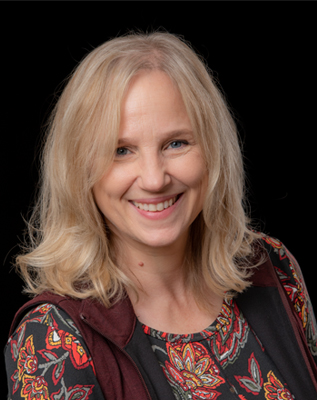 Terri has been a professional in the video industry for over 30 years, working as product manager, designer and subject matter expert for companies such as Lightworks, Tektronix, Fast Multimedia, Pinnacle Systems and Avid.

Video editing has been her life-long passion and she brings that passion to Luma Touch.

Terri received her BA in Visual Communications from the Evergreen State College, and her Professional Certificate in Human Centered Design and Engineering from University of Washington. 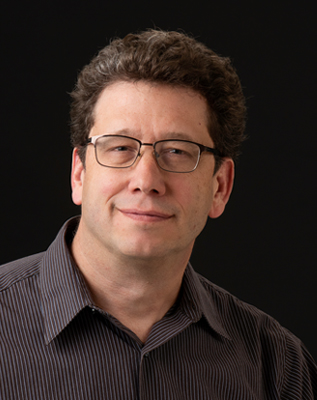 Chris has over 30 years of software engineering and leadership experience, specializing in video and GPU video processing technologies.

He co-founded Hollywood FX in 1993, delivered an award-winning line of 3D video motion graphic products, and helped engineer the sale of Hollywood FX to Pinnacle Systems in 1999. As part of the Pinnacle Studio team at Pinnacle, Avid and then Corel, he created and integrated numerous technologies and products for 3D motion graphics, GPU video processing, digital-rights-management, and much more.
He led the development and release of the highly-successful Pinnacle Studio for iPad (previously Avid Studio).

Chris received his BS in Computer Science at Westminster College. 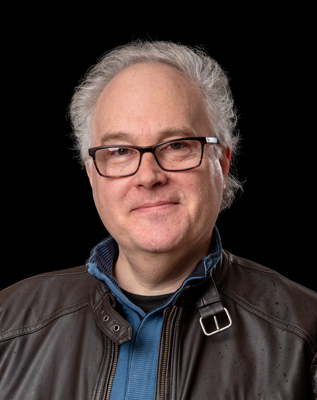 Androu has been a video editor for the best part of 30 years. He began his career in London as an offline editor for One Zero Nine Productions working on a variety of programs. With the advent of non-linear editing he found a position with Lightworks as a technical support specialist.
He has had a strong involment with various non-linear editing systems in the past 15 years including Avid Media Composer, Newscutter, FAST Systems 601, Pinnacle Liquid, Premiere Pro and FCPX.

Most recently he worked as an independent videographer and editor in the Pacific Northwest. 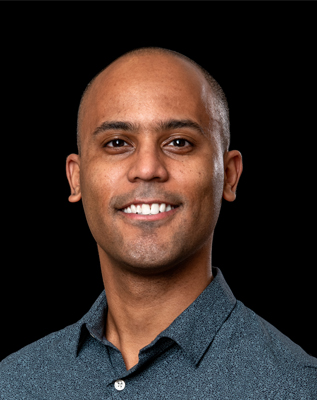 Josh manages product marketing for Luma Touch. He brings almost a decade of experience working in the field of communication.

Prior to joining Luma Touch, Josh worked with government agencies in Seattle and traditional communication agencies including Suzuki+Chou, Nyhus, Waggener Edstrom, and his own business Shiba Inu Studio. In these roles he’s had the chance to work with Uber, NetHope, Microsoft,  American Express, and number of Seattle area businesses.

Josh is a two-time graduate of the University of Washington with a BA and an MS degree in Human Centered Design and Engineering. 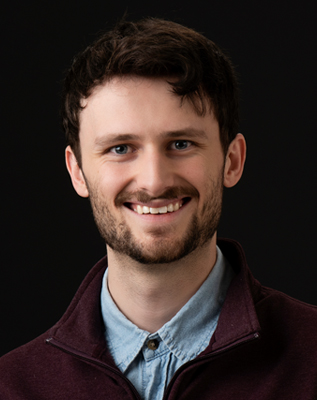 Zac not only graduated from DevMountain, but now also teaches iOS programming there. He has been active in the Utah artistic community for the better part of 8 years. With multiple album releases on iTunes and Spotify, he brings a creative perspective to audio and video integration.

He continues to own and operate a Salt Lake City based music label, where he facilitates production, engineering, marketing, and distribution for multiple projects, and continues to maintain healthy communal relationships with Utah artists, venues, and organizations. 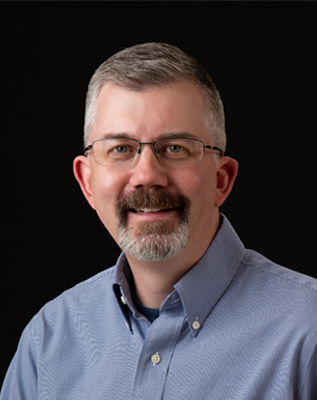 Chris brings over 20 years experience in consumer products and technology leadership at Procter & Gamble before transitioning into software development.

At P&G, he delivered technology for some of the biggest consumer brands in the world. In addition, he worked on key supplier relationships establishing strong partnerships and technology portfolios. 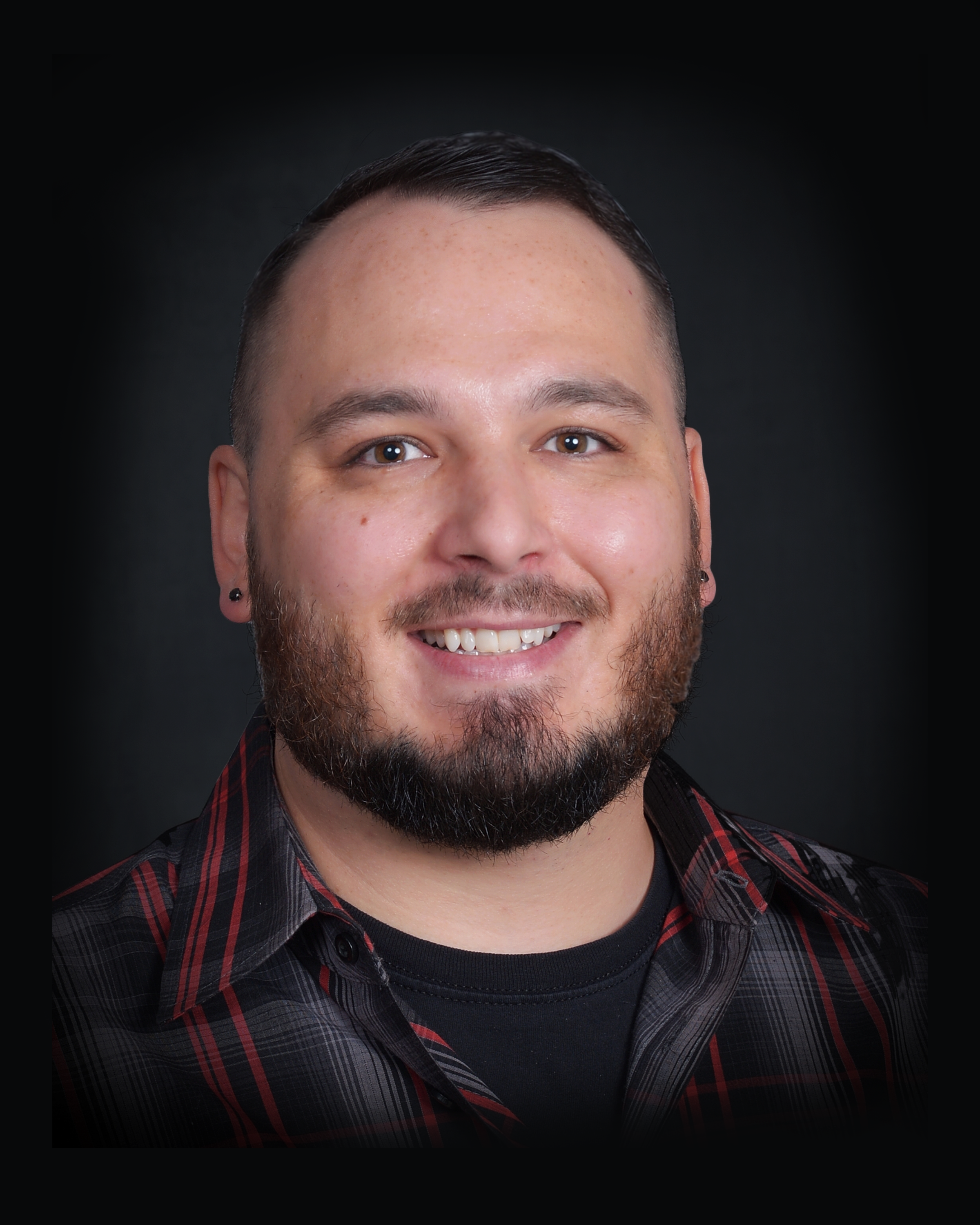 Since childhood, Ben’s passion for performing music lead to a fascination with the audio recording process. This intrigue for “all things music” inspired him to seek out opportunities in the audio/video field.

After completing an iOS Mobile Development program, Ben graduated from Mountainland Technical Collage in May 2019. Soon after graduating, he joined the Luma Touch development team in July of 2019. Since then Ben remains driven to incorporate his passion into Luma Touch’s capabilities. 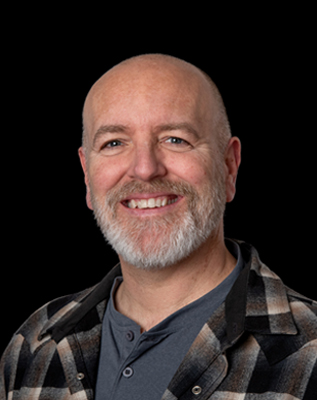 Scott breaks LumaFusion so you don’t have to! With more than 20 years doing documentary work, Scott is excited to be making and polishing the tools that help storytellers tell their stories. He’s thrilled to give LumaFusion users the kind of support he’s always wanted to receive.

In addition to product testing and customer success, Scott frequently works both sides of the camera for Luma Touch’s video productions.

Scott holds a graduate degree in Journalism (UC Berkeley), is the DP of a Sundance-supported feature documentary, has published several books of photography, hears he’s a pretty good husband, and is the father of a rambunctious son. He is also a year-round Seattle bike commuter, which makes him at least 16% more badass. 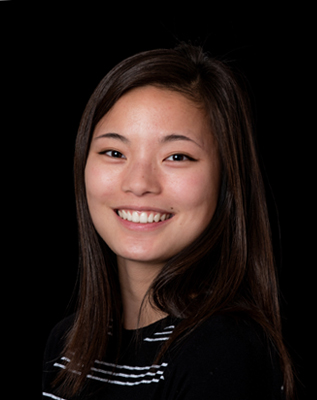 Nell Danforth is a Product Specialist at Luma Touch. With a background in graphic design and video production, Nell supports the company’s quality assurance, design, and marketing efforts.

Prior to joining Luma Touch, Nell contributed to video production projects at Western Oregon University. Her passion for video was sparked as a kid when she began making short videos with friends on Movie Maker. Since then Nell has immersed herself in learning the craft of video production and has become an expert at the deep features and use of LumaFusion, making her an excellent choice for Product Specialist.

Nell is a graduate of Western Oregon University where she studied Art and Design. 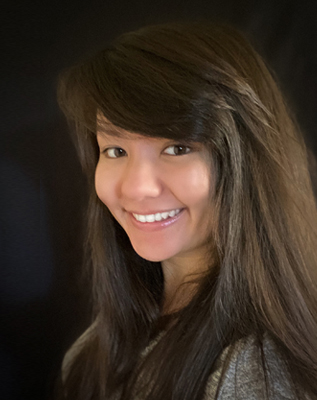 Jasmine Hoff has a BA in media studies and film with a minor in psychology from the Evergreen State College.

As far as filmmaking goes, Jasmine has tried everything she can get her hands on, from flatbed film editing on a Steenbeck to filming with a 16mm Bolex camera to working with digital media. But her favorite camera to shoot with is still her trusty Nikon D3 100.

Jasmine was a production assistant while interning for a large post-production company in Seattle. She has experience working with foley, taping auditions, client services, studio operation, and much more. Jasmine has a thirst for knowledge of all kinds and continues to go to school for veterinary medicine prerequisites while working for Luma Touch. 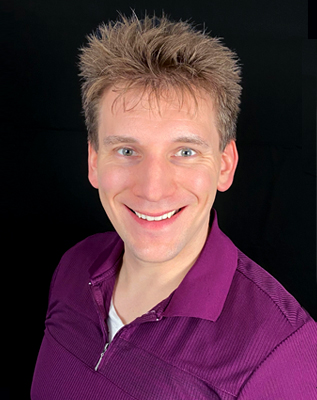 Derrick is at the front line of our social media channels focusing on communicating with our customers and creating multimedia content.

Originally from LaGrange, Indiana, Derrick has a B.S. in theatre production from Ball State University. After college, Derrick joined the U.S. Army and served in the US, Kuwait, South Korea, and Japan as a public affairs broadcaster all while earning a Masters of Humanities degree. After serving, Derrick earned an art degree from Portland State University and worked as a marketer for Oregon Ballet Theatre.

Derrick loves most things creative. He enjoys consuming and making videos, comics, games, and art. His ultimate goal is to remain young right up to the moment his old body gives out on him. And then have his mind uploaded to the cloud… 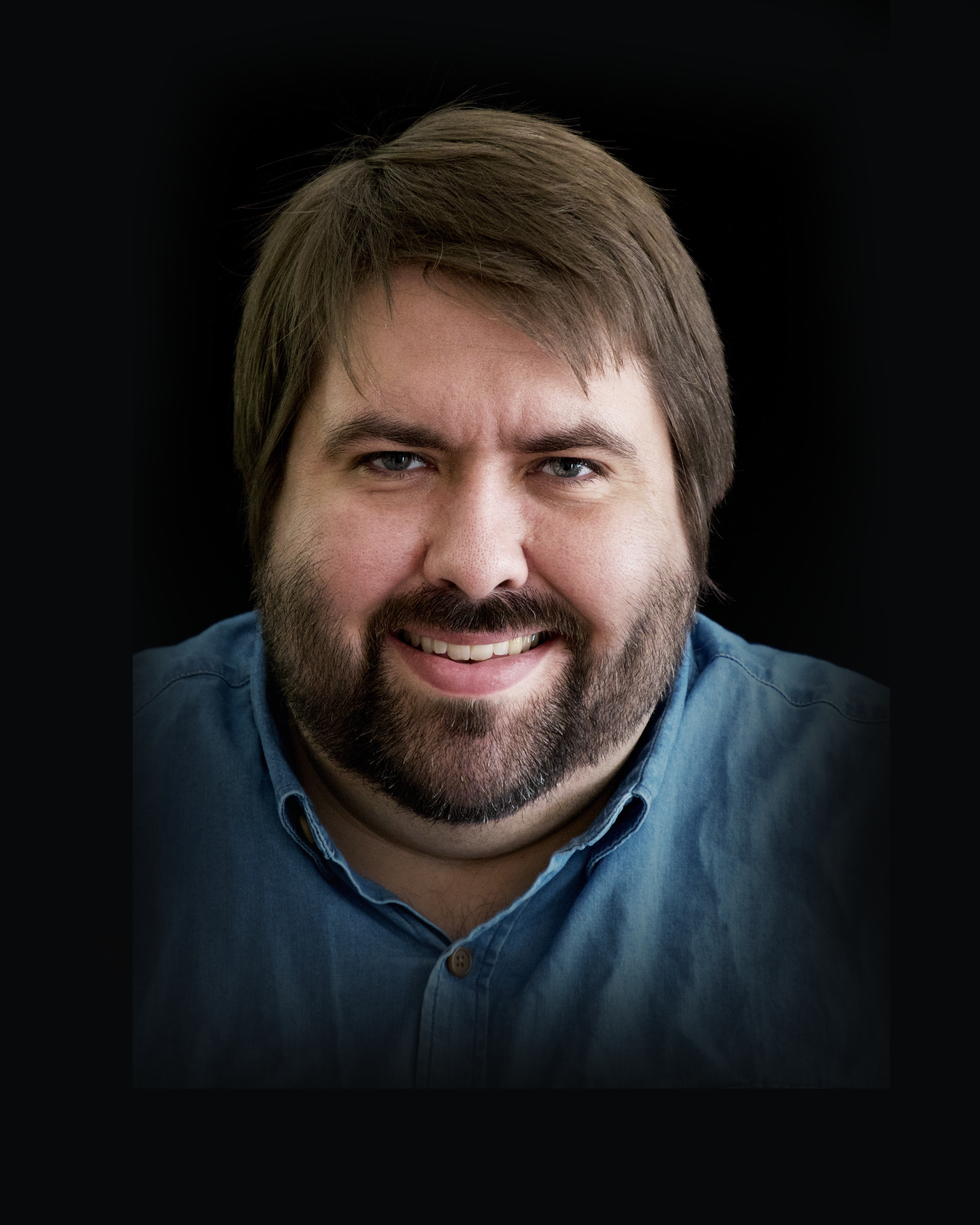 Andrew has been developing for Apple platforms for 15 years, with a particular focus on media, especially audio programming. He loves working on tools that enable creative people to do great work.
Andrew started his career as a hardware engineer primarily working on robotics with experience doing analog, digital, and mixed-signal design. A love of the Mac and Apple platforms led him to transition to Mac and then iOS development. As part of the engineering team at Mixed In Key he contributed to and led development of several award-winning music applications for the Mac and iOS.
Before joining the Luma Touch team, he spent the previous 4 years teaching iOS development at DevMountain, as well as creating the iOS program at Lambda School and leading all curriculum development there.
Andrew received a BS in Electrical Engineering at the University of Utah, where he focused on analog and RF design. 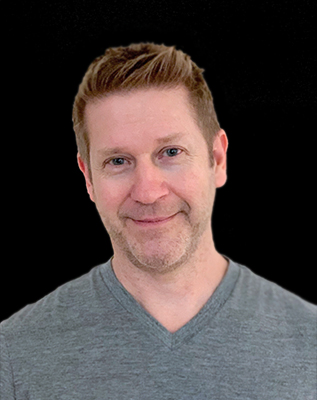 Kevin Bourke is the founder and principal of BourkePR, a public relations and communications consultancy specializing in the media/entertainment, production, post-production and music tech space.

We design products that are powerful, easy, and fun to use. Our user-centered approach to design focuses on constantly refining every user interaction throughout the creation, development and ongoing evolution of our products.


We’ve been engineering and innovating creative tools for video since the early days of desktop digital video. We constantly strive to marry the latest technology with the best development practices to create amazing software.


When you email us at support@luma-touch.com you’ll communicate directly with the designers and developers of Luma Touch products, where we support an ever-growing community of amazing users who find new ways to get more from our products than we ever imagined.