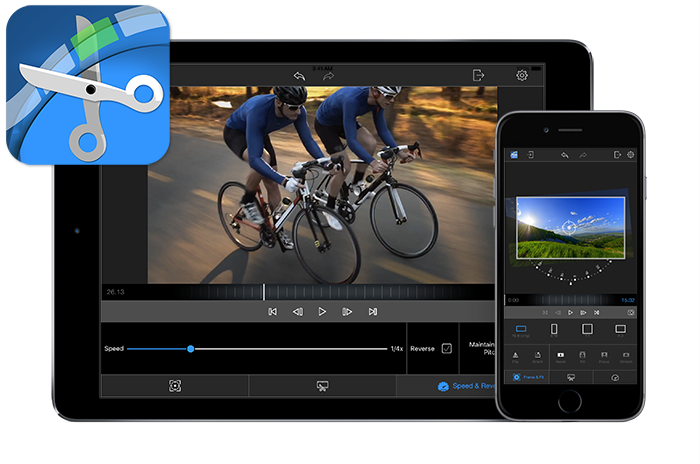 “LumaClip was designed with great consideration for how people create and interact with video in today’s mobile-centric environment. LumaClip helps solve common problems associated with video that has been shot using a mobile device, but also let’s you get creative and move past the problem-solving to something that’s fun and addictive.” stated Terri Morgan, Co-founder of Luma Touch and Lead Designer.

“We’re just getting started.”, stated Chris Demiris, Co-founder of Luma Touch and Lead Developer of the LumaClip App. “LumaClip is the little brother to two more new iOS Apps we will be releasing over the next two months. Over the next year we plan to take iOS editing and effects to a level that is entirely capable of competing with desktop applications, and with the Spry Engine, we see that we are in a perfect position to do that.”

LumaClip is available free with advertising on the App Store. Users can remove ads and enable extended export options for $0.99

Luma Touch, founded in 2012, is a team of passionate engineers, designers and video professionals dedicated to the development and support of exceptionally creative media software. The co-founders Chris Demiris and Terri Morgan have 50 years of combined experience in the media post-production industry, and are responsible for the design and development of several leading video editing and effects products on iOS and Windows.  Learn more at http://www.lumatouch.com