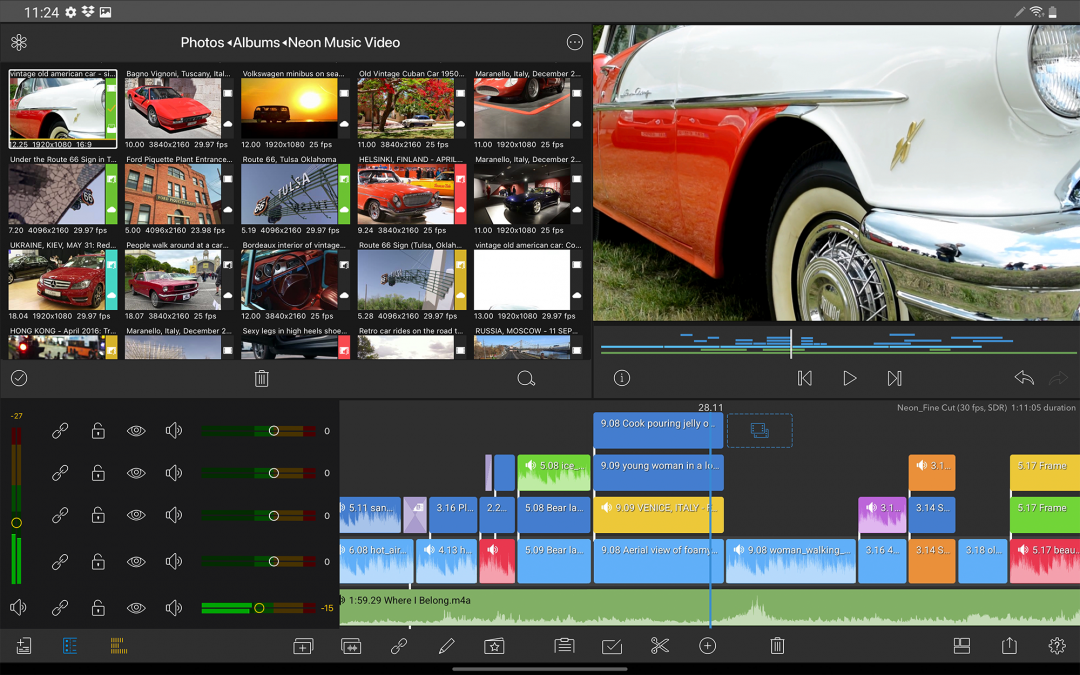 Many of you reading this now might be here because you watched Samsung Unpacked, and watched with great joy to hear Samsung announce that LumaFusion on Android – and the Samsung Galaxy Tab S8 – will be available very soon! Samsung is a wonderful partner, and they are as excited as we are about our collaboration, but we want to make sure that you hear straight from us where things are with LumaFusion on Android/Chrome OS.

First, a bit of a recap to get you caught up.

At the Android Developer Summit, we announced LumaFusion on Android was in development. Since then we’ve been deep into the development process and are targeting a 2022 release.

It’s no easy feat though. In fact, it’s like building LumaFusion from scratch all over again. So we do appreciate your patience!

We also know you have questions about broader device support. So here’s where we are.

As you may know, Android devices come in many different sizes and formats. This diversity of devices means there is no one-size-fits-all approach for software development. It is our goal to make LumaFusion available to as many Android devices as possible.

To create the best LumaFusion experience possible for editors on Android, we’re vetting and testing devices to ensure they provide a level of performance that doesn’t detract from the editing experience.

As one of the most performant devices we’ve tested, you will definitely see an Android version of LumaFusion on the Samsung Galaxy Tab S8 but we’re not ready to give a firm date yet. We’re hard at work at development and making great strides towards the eventual release of LumaFusion on Android.

Currently, LumaFusion on Android is in early beta. We’ve selected participants for this beta and will add more editors as needed in the future.

You’ve also been asking: Will it be exactly the same as LumaFusion on iOS?

LumaTouch is working to ensure the Android experience is as close as possible to the iOS experience. Basic functionality will be identical but because they are different operating systems and devices, there will be some limitations, such as supported frame rates, supported media, and the number of tracks available for particular devices. Our team is researching these details to find the best solutions for Android editors.

One feature you will be pleased with is project compatibility between the Android and iOS versions – that’s a nice workflow feature. It’s also important to note, the Android app will be based on 2.4 of LumaFusion, so it will trail slightly behind the current 3.0 iOS versions until development catches up. At launch, however, we feel it will very closely mirror the LumaFusion experience that iOS users have come to appreciate.

We have not yet announced pricing for LumaFusion on Android. We expect pricing to be in line with the current price of LumaFusion on iOS.

So that’s where we are today. We promise to keep you updated about the development of LumaFusion on Android. It’s our goal to bring the very best editing experience to Android devices. We’ve got high standards, but only because yours are higher, and we’ll always respect that.